Westworld is a dark odyssey about the dawn of artificial consciousness and the evolution of sin. Set at the intersection of the near future and the reimagined past, it explores a world in which every human appetite, no matter how noble or depraved, can be indulged.

The park staff begin to notice strange behavior from the hosts; A mysterious Man in Black roams the park, wreaking havoc.

Two guests arrive at the park with different expectations; Maeve's emotions are tweaked; The Man in Black seeks help from a condemned man.

Elsie and Stubbs search for a missing host; Teddy gets a new backstory; Bernard investigates the origins of madness and hallucinations within the hosts.

Dolores joins William and Logan on a bounty hunt; The Man in Black makes a significant discovery; Ford and Theresa discuss the park's future.

Dolores, William and Logan reach Pariah, and are recruited for a dangerous mission; The Man in Black meets an unlikely ally.

Maeve charms Felix; Elsie discovers evidence that could point to sabotage; Teddy and the Man in Black conflict with a garrison.

Bernard struggles with a mandate; Teddy is troubled by dark memories; Maeve looks to change her script.

Dolores and Bernard reconnect with their pasts; Maeve makes a bold proposition to Hector; Teddy finds enlightenment, at a price.

The hosts revolt against the guests while searching for a new purpose; Maeve sets out to find her daughter with some unexpected help.

Dolores remembers she's been to the outside world; William makes a bold business venture.

Dolores makes her next move; Charlotte scrambles to protect Delos' most prized asset; Bernard gets closer to the truth.

E04: The Riddle of the Sphinx

An enigmatic figure becomes the center of Delos' secret project; The Man in Black and Lawrence follow the path to Las Mudas, but run into trouble.

Maeve and her allies have revelations in a new world. Dolores makes a decision about Teddy. Karl discovers something sinister about the hosts' data.

Maeve continues her search for her daughter; Dolores calculates her next move; Elsie gets closer to the truth about Delos.

Bernard meets with an unexpected old friend, the Cradle is under threat and Maeve encounters a scene from her past.

Mi cante ki yu ha ya ye (Take my heart when you go). The telling of Akecheta and the Ghost Nation's journey to consciousness. Maeve's life hangs in the balance.

The Man in Black confronts his troubled past; Charlotte forms a plan to kill all the hosts.

Everyone converges at the Valley Beyond.

Dolores sets out to find the architect of the Rehoboam; Bernard tries to blend in; Ex-soldier Caleb tries to find his way in neo-Los Angeles.

Maeve finds herself in a new park and meets a ghost from the past; Bernard makes his way back to Westworld.

E03: The Absence of Field

Charlotte grapples with reality; Dolores and Caleb begin to form a key partnership.

E04: The Mother of Exiles

Bernard and Ashley infiltrate a private charity event, while Dolores and Caleb make similar plans; The Man in Black prepares to re-enter society; Maeve comes face to face with an old comrade.

As the world falls into chaos, Serac gains control of Delos, changing Charlotte's plan; Maeve gets one last chance to stop Dolores; William starts his therapy.

Caleb gets an insight on the true nature of his past; Dolores seeks out Rehoboam's predecessor, while Maeve tracks her down; Bernard, Stubbs, and William escape from all the chaos.

Dolores' true intentions are revealed; Bernard confronts a ghost from his past; Maeve is conflicted; Serac's voice is dominant; Caleb's role is revealed; and William faces an unexpected villain. 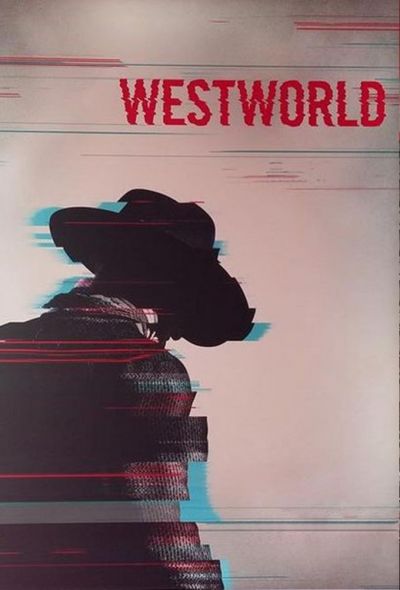