The Last Man on Earth

The year is 2022, and after an unlikely event, only one man is left on earth: Phil Miller, who used to be just an average guy who loved his family and hated his job at the bank. Now, in his RV, Phil searches the country for other survivors. He has traveled to every city, every town and every outpost in the United States, Mexico and Canada, and has found no one, which leads him to the painful realization that he is almost certainly the last living being on the face of the earth.

He has traveled to every city, every town and every outpost in the United States, Mexico and Canada, and has found no one. As he returns to his hometown of Tucson, Phil comes to the realization that he is almost certainly the last living being on the face of the earth.

E02: The Elephant in the Room

He has traveled to every city, every town and every outpost in the United States, Mexico and Canada, and has found no one. As he returns to his hometown of Tucson, Phil comes to the realization that he is almost certainly the last living being on the face of the earth.

While Carol puts lots of thought and care into her wedding, Phil does his best to pretend like it is not happening.

Phil and Carol are shocked to find Melissa, another survivor, just after Phil reluctantly agreed to marry Carol.

Re-population is the talk of Tucson as Phil navigates the choppy waters between Carol and Melissa.

The discovery of a fourth survivor further complicates things for Phil.

E07: She Drives Me Crazy

Todd and Melissa drive Phil crazy with their constant love-making and cutesy behavior. Meanwhile, the community comes together and votes to force Phil to clean his toilet pool.

Despite Carol nagging him, Todd’s happiness, and Melissa’s complete disinterest, Phil makes a discovery that is going to change the game. Literally.

Once Phil fails to convince everyone that his running off with Gail and Erica was a prank, he chooses a much different and entirely unexpected strategy.

Phil attempts to alter his "Alive in Tucson" signs so no more men will show up, but he ends up marooned on one of his billboards with no one to help.

The cul de sac decides to have a re-election for the President of the United States.

Phil and Carol reconcile their differences.

E01: Is There Anybody Out There?

Phil and Carol leave Tucson behind and strike out on their own in a road trip across the United States.

Phil searches desperately for Carol after they’re separated without phones or walkie-talkies.

Carol takes a page out of Phil’s book when she tells a lie from which it is difficult for her to recover.

Phil/Tandy finds redemption when he saves the day.

The population may be small, but it’s still big enough for big, dark secrets.

Tandy and Todd attempt to solve an end-of-the-world power problem.

Re-population becomes a hot topic with the Malibu survivors.

Phil 2 finds himself on Tandy’s level when he causes problems with the group.

Along with most human life, the virus wiped out normal traditions and holidays. As Christmas approaches, Carol spearheads a “Secret Santa” gift exchange to spread some festive cheer.

The pressure is on as Gail tries to fix a bad situation, and Melissa and Todd try to recover from their relationship troubles.

Mike Miller’s space capsule careening through the sky toward Earth, finally putting him on the same planet as his big brother, Phil. Mike thinks he is the last man on earth, but who knows what or whom he might encounter.

The Malibu gang seeks closure after Phil 2’s demise, while Todd and Melissa maneuver through the aftermath of her surprise proposal.

Carol is back on the campaign for repopulation with Phil, and Todd’s juggling act finally puts him over the edge.

Phil wants to host a party for the gang, while Todd begins a lucky streak.

With little else to do, Tandy starts a prank war within the group. Meanwhile Todd establishes his dominance.

Todd has a lot to think about when Tandy and Carol ask a major favor of him. Meanwhile, Gail’s wine consumption has become an issue.

Todd feels left out, as Tandy warms to having his big brother back on Earth. Meanwhile, Mike learns more about Erica than the group has ever uncovered about her.

Phil and Mike grow closer than ever and the whole Malibu group gets a big friggin’ surprise.

The safety of Tandy and the group is in jeopardy as armed intruders storm the Malibu beach near their home, and no one can agree on what to do. While Melissa takes drastic action, Tandy gets a new lesson in fashion.

When Todd suffers from major remorse over recent actions, Tandy tries to lift his best friend’s spirits – even if it requires a few white lies.

Tandy sets up a unique alarm system in the house, but Melissa has already put her own safety precautions in place. The whole group decides to enjoy a change in scenery.

The group's road trip is marred by internal squabbles, but Gail might be the first to lose control.

The group continues to search for a new place to live, but someone may be sabotaging their progress. Meanwhile, the love triangle between Todd, Gail and Melissa hits new road blocks.

Tandy attempts to develop his new friendship with Lewis by learning about his past. Meanwhile, Carol asks Gail for a big favor and Todd addresses Melissa's mental state head-on.

Carol is hell-bent on capturing the perfect family photo and will stop at nothing to get it. Meanwhile, Melissa has a surprising mission of her own, Lewis looks into a new hobby and Gail finds herself stuck in a scary situation.

E08: Whitney Houston, We Have a Problem

After finding a mysterious note left by Melissa that says "Goodbye," the gang sets off to go look for her. Meanwhile, Gail gets stuck on a solo adventure of her own.

Carol is bummed about Gail's absence, so Tandy tries to cheer her up with the honeymoon vacation they never had. Meanwhile, Lewis finds new success with his pursuits in aviation and Melissa is contained.

The first moments of the deadly virus outbreak are revealed through a special lens.

After being locked up for her own safety, Melissa plays hurtful mind games with the group. Meanwhile, Todd and the group explore medications that might help her, and Lewis goes on a new solo adventure.

Todd and Tandy dig deep into Melissa's pre-virus past, as they search for answers about her illness, and Carol adopts a new outlook on life.

E13: Find This Thing We Need To

Carol makes a big discovery, enlisting Tandy and Erica to help her track down some answers. Meanwhile, Todd has a major breakthrough with Melissa.

Tandy tries to take charge of a new situation that has unfolded in the group, and Carol is suspicious of Todd's behavior

The gang has one huge celebration to cover every major holiday; Tandy and Todd's relationship hits a rough patch.

Tandy and Gail face off in a major disagreement, on which the whole group must weigh in, and Carol is forced to choose a side. Meanwhile, Melissa, Todd and Erica each have major milestone moments.

E17: When the Going Gets Tough

The long term consequences of surviving an apocalypse start to have a major impact on the group, whose daily life is upended.

The long term consequences of surviving an apocalypse start to have a major impact on the group, whose daily life is upended.

Pamela finds her place within the group as they all set sail for Mexico, avoiding the apocalyptic nuclear fallout in the United States. Their course derails a bit when they realize that none of them knows how to actually navigate a yacht.

Tandy devises an escape plan to get away from Pamela and back to Carol and the others. Meanwhile, the rest of the gang encounters a castaway, Glenn, who has been stranded on an island for years.

Pamela tries desperately to redeem herself with everyone, as the gang finally reaches Mexico. Meanwhile, Todd is disappointed that Zihuatanejo is not the paradise of which he'd dreamed.

Carol panics when Todd and Melissa leave for their honeymoon and Erica and Gail decide to live on their own for a while. She and Tandy devise the ultimate plan to convince everyone it&#39;s safer to stick together.

The gang settles into an old mansion previously owned by an infamous cartel leader. While Carol forces Tandy to put down his new toys so they can baby-proof the giant estate, Melissa worries about Todd&#39;s physical health and Gail and Erica can&#39;t figure out why Dawn won&#39;t stop crying.

Carol&#39;s pregnancy takes an unexpected turn, and while Tandy feels ready to face the challenge head on, Gail is concerned and wants to intervene. Meanwhile, Melissa discourages Todd&#39;s baby fever.

Tandy goes to great lengths to convince everyone he&#39;s a feminist. Meanwhile, Carol gets jealous of the time that Gail spends with Erica and Dawn, and Todd tries to be a father figure to Jasper.

E08: Not Appropriate For Miners

Todd asks Tandy for parenting advice when he notices that Jasper is acting more reckless than usual. Meanwhile, Carol and Erica realize that Jasper may be the only potential suitor for their babies and begin vying for his attention.

Tandy and Todd stumble upon a new survivor, Karl, who has been trapped in a high-security prison in Mexico ever since the virus hit.

Tandy and Todd introduce newcomer Karl to the rest of the gang. Meanwhile, the group searches for Jasper, who has gone missing.

After the graveyard incident, Tandy and Todd try to convince the rest of the gang that something is majorly wrong with Karl and something needs to be done. Meanwhile, Jasper is still missing.

Tandy tries being a helpful, responsible adult in order to finally win Gail's praise. Meanwhile, Todd is furious with Melissa for keeping him away from Jasper.

Todd sinks into a deep depression, leaving the rest of the gang to console him. Meanwhile, Tandy and Carol can't keep their hands off each other.

While Todd butts heads with Erica, Melissa is determined to form a strong female friendship with her. Meanwhile, Carol grows suspicious that a new stranger could be living nearby.

Tandy wakes up to a shocking discovery that is positive for everyone in the group, but it throws Todd into a spiral. Meanwhile, Todd and Erica share an emotional roller coaster.

A thermal heat detector reveals a potential sign of life outside of the Zihuatanejo village, but Tandy doesn't want the group to split up to go investigate. Meanwhile, Todd and Erica have trouble seeing eye-to-eye.

The gang ventures out in search of what they think could be a new sign of life, but are surprised at what they actually find. Meanwhile, Todd makes a few morbid discoveries of his own back at the mansion.

After discovering hidden dangers in their mansion, the group decides to part ways with their home in Zihuatanejo and embark on a new destination. However, Tandy has second thoughts about what they may be leaving behind. 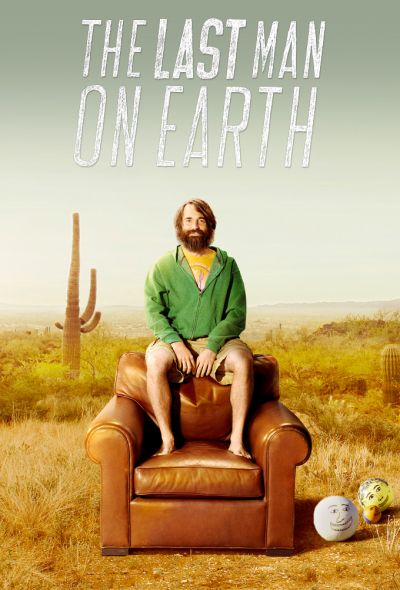