The comedic misadventures of Roy, Moss and their grifting supervisor Jen, a rag-tag team of IT support workers at a large corporation headed by a hotheaded yuppie.

Jen is hired as the I.T. manager at Reynholm Industries, even though she doesn't know the first thing about computers.

Love is in the air with the IT Crowd! Roy has a wonderful date, only to learn that he had something nasty on his forehead the whole time. Jen fancies the security guard and tries to impress him by guessing the answers to questions on classical music. Roy's decides that women only like bastards. Jen disagrees, so to settle the argument, Roy puts a fake profile up on an online dating site. Roy and Moss create a horrible online profile, only it works a little too well.

Moss learns that his new mug with his name on it has gone missing. Roy refuses to allow Jen to see what's behind the "red door" for fear that Jen will upset the delicate eco-balance of the office. But Roy and Moss go on an IT call, leaving the Red Door unguarded.

E05: The Haunting of Bill Crouse

Jen has a date with Bill Crouse, and finds him really offensive. To help Jen avoid contact with Bill, Moss resorts to extreme lying which leads everyone to believe that Jen is dead! Meanwhile, Roy finds himself trying to escape the attentions of one of the "beautiful people" on the 5th floor.

Jen explains to Roy and Moss that her "Aunt Irma" is visiting. When they don't understand, she explains that she has very powerful mood swings around a certain time every month, which leads to Roy and Moss displaying the same symptoms. Project Iccarus is finished and all of the teams assemble before Denholm as he thanks everyone even remotely associated with the project - except for the IT Crowd. To retaliate in being left out of the the "thank you's," the IT Crowd decide to sabotage the celebration party only to find themselves enjoying in the festivities and to the bizarre conclusion the morning after. Will everyone be able to work together again?

Dashing Philip drops in from the sixth floor to ask Jen to the theatre, but a possible date turns into a work outing when Moss and Roy also get invites. The evening predictably spirals towards disaster, leaving Jen to wonder whether Philip is who he claims to be.

E02: Return of the Golden Child

Denholm is informed of a police presence at the office, causing him to commit suicide. Roy asks Moss to "pimp" the vibrate setting on his mobile phone because it is so weak, and then is mortified to find an internet site that predicts his date of death to be 3pm on the date of Denholm's funeral. Despite reassurances from Moss and Jen, he cannot help but worry. Denholm's successor then reveals he despises the IT department and would love to see them fired. At the funeral, Roy causes a scene as his mobile phone vibrates heavily, believing he is dying. Denolm's successor threatens to fire Moss, Roy and Jen, but Denholm's estranged son and natural successor to Reynholm Industries, Douglas (Played by Matt Berry), bursts into the funeral and takes over the company. It turns out that he loves the IT department, and their jobs are saved. Jen takes up smoking again after watching Denholm advertise them on his funeral video.

E03: Moss and the German

Worried that his life is stagnating, Moss enrols on a German cookery course. Jen discovers that the only place in the building where she can now enjoy a cigarette is a smoking area not unlike Soviet Russia.

Jen has found love, and is giving a dinner party with her new boyfriend to six of their single friends. But when the three male invitees drop out at the last moment, Jen is forced to call upon Moss, Roy and Richmond.

When Jen loses concentration during a board meeting due to a faulty bra, Moss overcomes his fear of ladies' underwear and plots a way out of Reynholm Industries by inventing a flawless bra.

Douglas hires Jen as his new PA, which gives Moss and Roy free reign in the office.

Jen has to handle a difficult builder and Roy loses £20, while Moss learns how to stand up for himself against a bunch of ruffians.

Roy and Moss become involved on a new football website. Jen dates a man who resembles a magician.

When a sexual harrassment case ends wrongly - Roy turns to the streets, Moss gets a bump on the head, and Jen is looking for something new to do.

Jen makes enemies of Roy and Moss after trying to assert herself more after being named as Employee of the Month. Douglas discovers that the woman who he loves is not quite as she seems.

The boys are introduced to a social networking website by Jen.

The company announces that it is going to have its first raunchy nude calendar.

Jen decides she wants to stretch herself more at work and applies for the post of Entertainment Manager. After she discovers that her boss's business connections have a dark side, she turns to Moss and Roy for help.

Moss becomes a celebrity after he beats all the records on a popular puzzle show. Roy is mistaken for a window cleaner. Jen finds herself pre-occupied with Douglas' secret meetings.

Douglas finds himself becoming a Spaceologist. Some bad luck changes Roy's life. Jen ends up getting involved with a rock band.

Roy gets obsessed by his latest girlfriend's sad family history, while Jen tells an absolute whopper to get some attention.

Roy and Moss opt to try a new lifestyle which they soon realize was probably a bad idea when they dodge work.

Douglas discovers that marriage agrees with him for all of a fortnight. He then finds himself in court defending himself with Jen, Roy and Moss' help. 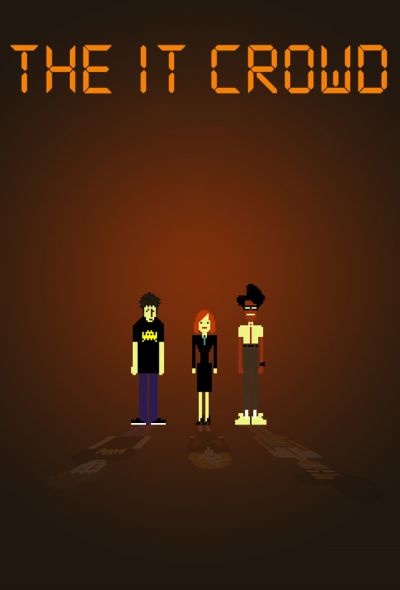