Bob Lee Swagger, a highly-decorated veteran, is coaxed back into action to prevent a plot to kill the President. When Swagger's former commanding officer Isaac Johnson solicits his expertise in a clandestine operation, Swagger discovers that he has been framed and must do everything in his power to protect his family and clear his name.

When a plot to assassinate the President of the United States is discovered, highly-decorated veteran, Bob Lee Swagger is recruited by his former Commander, Isaac Johnson to help prevent the attempt. Disgraced FBI agent Nadine Memphis investigates potential assassins.

Bob Lee tries to protect his family while incarcerated; and Isaac aims to silence him. Nadine contacts Bob Lee's wife, who's dealing with the backlash against her family.

Bob Lee reaches out to Nadine while evading his pursuers. Isaac juggles his double life while trying to find Bob Lee.

Bob Lee locates the bullet from the assassination, which leads him to a radical militia group and Isaac. Nadine is locked in a deadly game of cat and mouse with Payne.

Bob Lee tracks down his former instructor, who he hopes will help him find the shooter. Nadine interrogates Payne. Isaac realizes that he's in over his head. A reporter makes Julie an offer.

Bob Lee travels across the country in order to find the shooter. Julie deals with a family betrayal. Nadine contacts a Ukrainian reporter who can explain the conspiracy. Isaac questions his allegiance.

Bob Lee and Nadine plot to secure evidence that could expose the conspiracy. Isaac searches for an exit strategy. Payne tries to flee. Julie and Mary are in danger.

Bob Lee negotiates an exchange in order to save his family. Nadine juggles her allegiances to Bob Lee and the FBI. Isaac strikes a deal for his freedom.

Bob Lee, Julie, Nadine and Isaac work together to breach the Russian embassy, save Mary, shut down the conspiracy and prove Bob Lee innocent.

Bob Lee investigates the terrorist attack that may have targeted his Marine unit. Memphis helps on the ground in Germany. Flashbacks to Afghanistan help shed light on who might be after them.

Bob Lee finds Isaac Johnson in Texas after an attempt on his life. Nadine discovers just how much influence Patricia Gregson wields. A traumatized Julie fights to stay strong for her family.

E04: The Dark End of The Street

Bob Lee and Isaac learn the world's greatest assassin is in the U.S. Flashbacks to a mission in Afghanistan reveal his identity. Nadine comes to Texas with suspicions of a conspiracy.

Bob Lee works to piece together Solotov's motive for targeting their unit. Nadine uncovers a surprise witness to the event that set everything off. Solotov's hunt has him hiding in plain sight.

E06: Across The Rio Grande

Bob Lee and Isaac must team up to escape a Mexican prison before Solotov finds them. As Nadine digs deeper into Atlas, the cover-up points back to Bob Lee's unit. Julie has problems with the law.

Season Finale. Bob Lee tries to draw out Solotov, but realizes he holds the upper hand; flashbacks reveal the origin of Solotov; Isaac is courted by his creator.

Julie and Isaac team up to save Bob Lee after he is kidnapped by Solotov; Nadine confronts Hayes about Atlas; new information about Bob Lee's father, Earl Swagger, sets off a new mission.

Bob Lee visits a local prison for answers about his father's murder; Julie takes a job helping the family lawyer; Nadine and Isaac grab Harris Downey, who knows more about Atlas than he realizes.

Bob Lee's investigation into Earl's murder leads him to the local slaughterhouse; Nadine and Isaac's quest to take down Atlas forces them into an uneasy alliance with a former Atlas agent.

E04: The Importance of Service

Armed with new details, Bob Lee hunts for the men responsible for Earl's murder; Julie follows a lead of her own; when Harris gets grabbed, Bob Lee joins Nadine and Isaac on a rescue mission.

Bob Lee visits a friend of Earl's to ask about a rogue operation in Vietnam; he joins his team to crash an event in D.C., where they cross paths with an operative on a mission of his own.

Bob Lee and Isaac are put through the wringer by a member of Earl's Vietnam unit; Julie stands up to the Bama family; Nadine sneaks into a high-tech security facility.

Close to solving the mystery of Earl's death, Bob Lee and Isaac meet with a former dark lord of the Pentagon; Nadine is sent on a dangerous mission by a DOJ Agent.

An attempt on Sam's life leads the Swaggers to shocking information left behind by Earl, which may have led to his death; Nadine and Isaac's team take a run at one of the heads of Atlas.

Bob Lee's search for Bama Jr. leads him to a fringe group, but causes a rift in his marriage; Isaac and Nadine use information left behind by Earl to meet with the President's Chief of Staff.

Bob Lee and Isaac ambush the Atlas training facility; Nadine and Harris scheme their way into a face-to-face with a critical player in Atlas' plot to retain power; Julie's paranoia grows.

Harris helps Bob Lee get payback for Earl's death; Nadine and Isaac try to convert Atlas recruits to their cause; Julie experiments with putting life with Bob Lee in the rearview.

As Bob Lee finds himself torn between justice and family, Atlas pivots to a new game plan. Isaac and Nadine investigate an overlooked Jack Long thread. Harris meets with a powerful ally.

Bob Lee attempts to put an end to Atlas, all while trying to save his marriage and tie up the remaining threads from his past. Isaac, Nadine, and Harris find new roles for themselves in D.C. Series Finale. 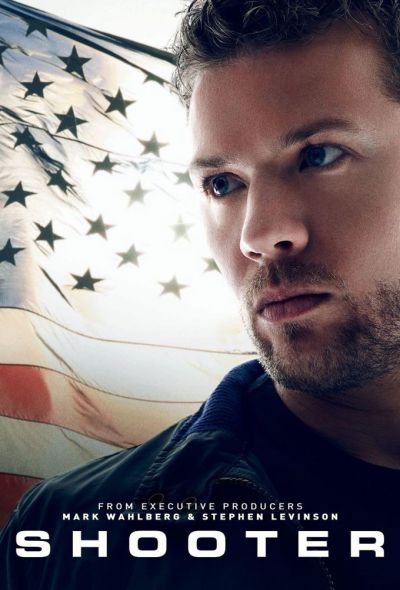