Follows the misadventures of an alcoholic scientist Rick and his overly nervous grandson Morty, who split their time between domestic family life and intergalactic travel. Often finding themselves in a heap of trouble that more often than not is created through their own actions.

Rick moves in with his daughter's family and establishes himself as a bad influence on his grandson, Morty.

Rick and Morty try to incept Morty's math teacher into giving Morty an 'A'. Meanwhile, Rick gives Jerry a device to train their dog, Snuffles.

Rick and Morty try to get to the bottom of a mystery in this M. Night Shyamalan style twistaroony of an episode!

When Morty thinks Rick's adventures are too dangerous, he challenges Rick to let him lead one instead. Before heading out on Morty's quest, Rick caves to pleas from the rest of the Smith family to help them solve mundane tasks and leaves with them the Meeseeks Box, a gadget that will instantaneously summon helpers named Mr. Meeseeks.

Rick provides Morty with a love potion to get his dream girl, only for the serum to backfire and create a living Cronenberg nightmare.

Morty convinces Rick to buy him a sexy robot. Later Rick and Summer spend some quality time together.

Rick hacks the cable box, but the family are distracted by another one of his inventions.

E09: Something Ricked This Way Comes

Rick battles the devil and upsets Summer. Meanwhile, Jerry and Morty hang out.

Rick and Morty have a falling out when Rick is approached by some familiar associates.

Beth and Jerry go away on a trip, so Rick decides to throw a party.

Rick, Morty, and Summer get into trouble when time is fractured by a feedback loop of uncertainty that split reality into more than one equally possible impossibilities. Meanwhile, Beth and Jerry go to extreme lengths to save a deer struck by their vehicle.

Rick teaches Morty to drive while leaving Jerry at a popular day care made just for him. Morty's conscience has him hunt down an assassin rather than spending the day at an alien arcade.

Rick gets emotionally invested when meeting an old friend, while Beth and Jerry have a falling out after making a discovery under the garage.

Trapped inside the house with an ever-increasing number of parasitic alien shape-shifters capable of altering memories, an uncertain Rick and the Smiths search for a way to determine which of them are real.

When a massive head descends into Earth's atmosphere, Rick and Morty must save the planet by coming up with a new hit song. Meanwhile, Jerry, Beth, and Summer become part of a new religion.

E06: The Ricks Must Be Crazy

Rick and Morty travel inside the car's battery, where Morty discovers Rick has created a universe containing sentient life solely to produce power for him. Meanwhile, Summer must deal with being locked in the car with Rick's overzealous security system.

Rick undergoes a transformation to combat a local vampire situation. Meanwhile, Beth and Jerry attempt to sort out their relationship through marriage counseling.

As Jerry decides between keeping his manhood or saving an alien leader from imminent death, the rest of the family take a look at what interdimensional television has to offer.

Rick and Morty find themselves on a planet where the sentient inhabitants practice a "purge for peace" way of life. Jerry and Summer work on their father-daughter relationship.

The whole family goes to the planet Squanch to attend the wedding of Rick's close friend, Bird Person.

The Smith family tries to cope without Rick, which is painful enough on its own without taking into consideration the stifling rules put into place by the Federation. Meanwhile Rick's past is finally revealed as he attempts to get out of his prison.

Rick, Morty and Summer travel to a post-apocalyptic dimension and meet some dangerous enemies, all the while avoiding a recent family development.

Rick turns himself into a pickle, on the same day that Beth takes the kids to family therapy.

E04: Vindicators 3: The Return of Worldender

Rick and Morty reunite with a team of intergalactic heroes known as the Vindicators to defeat their arch enemy, Worldender.

Rick and Jerry go on an adventure, while Beth fails as a mother and Summer has body issues.

Rick and Morty need a break, so they head to a spa planet for some much needed rest and relaxation.

Rick and Morty head to Atlantis. Meanwhile, the Citadel of Ricks is electing a new leader.

Morty experiences some memories that he couldn't handle from past adventures.

Jerry is lucky with a lady and Beth recalls her childhood.

It's Rick vs. POTUS in a fight to the finish!

Rick brings Morty to a planet containing crystals that show whoever is touching them all the ways they may die depending on their choices.

Rick discovers that someone has been using his private "rest stop" and sets out to find them. Meanwhile, despite being warned not to, Jerry develops an app with Rick's alien intern, and chaos ensues.

E03: One Crew Over the Crewcoo's Morty

At the end of a treasure-hunting expedition, Rick discovers that the loot he and Morty sought had already been nabbed by the heist artist Miles Knightly. Furious at being upstaged, Rick recruits a crew required to gain entrance into Heist-Con as "professionals" so he can confront Miles.

Rick promises Morty he can get a new companion: a flying, fire-breathing dragon. Jerry meets a mysterious talking cat.

During one of their adventures in outer space, Rick and Morty's ship suffers a flat tire. While they carry out repairs, Morty suffers a potentially lethal snake bite that leads to a complicated, time-travelling encounter with a snake civilization.

An anthology episode that follows Rick and Morty on a train with people who don't like Rick. They have to find their way out but they bump into unexpected situations along the way.

Rick and Morty find themselves in a fight against face-hugging aliens who just happen to have an M&Ms store.

E08: The Vat of Acid Episode

It's a Rick, Morty and a vat of acid kind of adventure. But will it be worth Morty missing his English class for?

An adventure with an invisibility belt, but a family that disappears together, must stay together.

The Smiths suspect they're being hunted. But who's even real?

Morty falls in love with an environmental superhero, while Rick and Summer go on an apocalypse bar crawl.

A failed Rick experiment creates monsters that threaten the country.

Summer and Morty steal Rick's car to impress a new kid at school. Rick and Jerry have a guys' night from hell.

In this Thanksgiving episode, Rick and Morty need to get a presidential pardon.

Rick attempts to save a beloved friend.

Rick gets new sidekicks, while Morty makes a new friend. 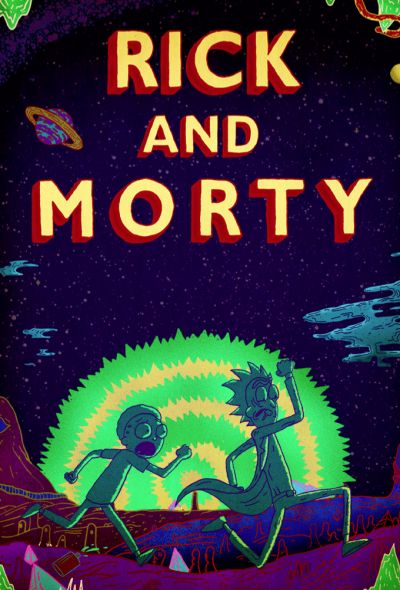