Elliot, a young programmer who works as a cyber-security engineer by day and a vigilante hacker by night. Elliot finds himself at a crossroads when the mysterious leader of an underground hacker group recruits him to destroy the corporation.

Elliot, a cyber-security engineer by day and vigilante hacker by night, is recruited by a mysterious underground group to destroy the firm he's paid to protect. Elliot must decide how far he'll go to expose the forces he believes are running (and ruining) the world.

Elliot is torn between accepting a job offer from Evil Corp and joining the fsociety hacker group. At the same time Elliot needs to make decision that could harm people around him.

Fsociety attempts to penetrate Steel Mountain, the most secure data facility in America.

Elliot attempts to hack Vera out of jail in order to save someone he cares about. Meanwhile, Tyrell's "game" gets crazy and Angela digs deeper into her mother's death.

Elliott goes missing, Mr. Robot tries to pull fsociety back together and Angela goes head-to-head with an old nemesis.

Allsafe is controlled, the Dark Army is ready to meet Elliot & Tyrell and Joanna's plan goes into effect.

The Evil Corp hack is threatened by a mystery man from Elliot's past.

Mr. Robot and Tyrell are MIA and a past hack haunts Elliot.

One month later and omfg, five/nine has changed the world; Elliot is in seclusion; Angela finds happiness at Evil Corp.; fsociety delivers a malicious payload; TANGO DOWN?

Elliot is in seclusion, Angela finds happiness at Evil Corp., and fsociety delivers a malicious payload.

Elliot vows to beat Mr. Robot, but the task proves difficult. Angela gets a view behind the scenes at Evil Corp. Sh*t hits fan with fsociety.

Elliot is unable to quit the game; Dom and the FBI travel to China to investigate five/nine; Joanna is haunted; Darlene asks Angela for help.

Mr. Robot tries to prove to Elliot that he can be useful; Darlene and Angela's plan does not go as expected.

Mr. Robot and Elliot try to get along; fsociety releases a holiday video to honor Uncle Sam; Darlene acts on an old desire.

The latest fsociety leak has Dom trying her best to spin the case in the FBI's favor; Angela defends her career choices; Darlene makes it known that her circle of trust is shrinking.

Elliot wonders if Mr. Robot has been lying to him; Darlene attempts to do the right thing; Dom and the FBI get closer.

Angela makes an acquaintance; Darlene realizes she is in too deep; an old friend reveals everything to Elliot.

Darlene realizes she is in too deep; an old friend reveals everything to Elliot.

Elliot realizes his mission, and needs help from Angela; Darlene worries about them coming out clean.

Elliot is encouraged at trying to undo five/nine; Darlene gets stuck between a rock and a hard place; Mr. Robot sparks a panic.

Dom has a close call; Elliot chases himself with Darlene on the lookout; Mr. Robot doesn't have a need for Swede.

E Corp is in chaos; Elliot is on the run; Darlene tries to help.

Elliot faces off with Mr. Robot; Dom gets tired of the red tape; Tyrell has a new plan.

Elliot tries to get ghosted; it is the day of all days.

Elliot tries to save Darlene, but things do not go as planned; Mr. Robot must decide whether to step up or step back.

Elliot and Darlene come together. Dom gets dark army vibes. Price has answers.

Whiterose has the feels. Elliot gets owned by his own hack. An old foe waits.

Elliot, Mr. Robot and Tyrell walk in a winter wonderland. Darlene meets a bad Santa. Dom is on the prowl.

Dom has no fun on Christmas. Darlene and Elliot give a run-around. Krista plays hooky.

Janice wants all the details. Elliot is shaken.

Elliot questions his identity and the world he woke up into.

Elliot finally finds the answers to his questions. The Elliot known to Darlene wakes up from an eternal sleep. 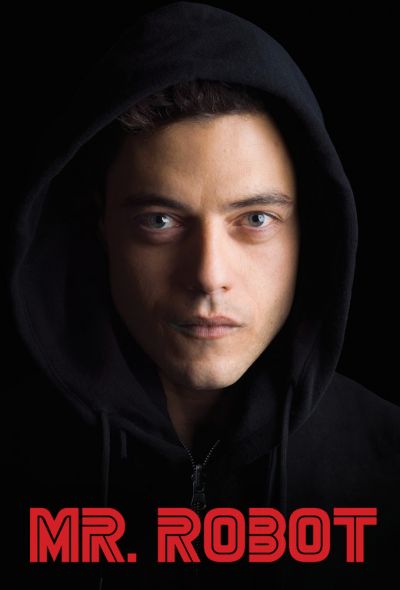