In Los Angeles, a city where people come to escape, shield secrets, and bury their pasts, we follow this mysterious outbreak as it threatens to disrupt what little stability high school guidance counselor Madison Clark and English teacher Travis Manawa have managed to assemble. The pressure of blending two families while dealing with resentful, escapist, and strung out children takes a back seat when society begins to break down. A forced evolution, and survival of the fittest takes hold, as our dysfunctional family finds they must either reinvent themselves or embrace their darker histories.

A highly dysfunctional blended family is forced together when they realize a reported virus is actually the onset of the undead apocalypse.

While Madison struggles to keep Nick from crippling withdrawal, Travis ventures out to find his son before the city of Los Angeles falls.

After they escape a riot, Travis, Liza and Chris seek refuge with the Salazars. Madison defends her home.

Madison and Travis see different sides of the National Guard's occupation in their neighborhood; the family tries to adapt to the new world.

The National Guard's plan for the neighborhood is revealed. Meanwhile, Travis and Madison make a difficult decision.

As civil unrest grows, and the dead take over, Travis and Madison try to devise ways to protect their families.

After fleeing a burning Los Angeles on Strand's yacht, tensions arise among the group. Strand remains mysterious. Our group encounters danger at sea.

The group seeks shelter with a survivalist family and Madison tries to uncover the family's true motives. Salazar works to discover Strand's intentions.

Madison confronts Strand about his mysterious destination. Nick, Alicia and others inspect wreckage from a plane crash.

E04: Blood in the Streets

The group lets a family in distress board the Abigail. Strand's past begins to come to light. Nick looks for an associate of Strand.

Alicia works toward reuniting with her family. Travis comes across a familiar face. Madison and Nick try to save their family against all odds.

The family faces their biggest test yet; Nick, Madison, Travis and others try to stay close to each other.

Nick's search for answers leads him into a deadly dog-eat-dog landscape. A dark time from his past is uncovered.

After the fall of the compound, Madison, Strand and others forge a tenuous path forward. Meanwhile, Nick is recruited for a perilous assignment.

Travis struggles to connect with Chris while searching for shelter. Meanwhile, Alicia meets a lonely woman with a bloody past.

Alicia and Madison try to bring two competing factions together; Nick uses skills from his past for his new role.

Madison springs into action when one of the hotel residents gets violent. Meanwhile, Alejandro shows a darker side of himself at the Colonia.

Madison struggles to cope as a large number of refugees flood into the hotel, including someone familiar but unexpected.

Travis is thrown off by new refugees; Nick must decide if he's going to stay at the Colonia with Luciana or leave.

Season finale. When Travis' rage causes unrest at the hotel, Madison has to choose whether or not she will stand by him; Nick becomes leader of the Colonia as Narcos close in.

E01: Eye of the Beholder

In the third season opener, the Clark family find themselves in a dire predicament and must work together to discover a path to safety.

Following a harrowing journey, the Clark family arrive at their new home; and Strand faces resistance as he attempts to hold power over his domain.

(The End Of The World As We Know It) Still finding their place, Alicia and Nick fall in with new crowds while Madison discovers Otto's past mimics that of her own.

A mysterious character searches for purpose and soon becomes tied to the struggle over a key resource in the apocalypse.

An oncoming threat disrupts peace; Madison and Troy search for answers; Alicia must reconcile with her past.

Loyalty wavers at the Ranch; news of incoming danger spreads in the community; Madison struggles to keep everyone together; Nick grapples with a hard truth.

In part one of the midseason finale, a new arrival sows a divide within the ranch, while Alicia forms a new relationship in hopes of maintaining peace.

In the conclusion of the midseason finale, Madison must negotiate the terms of an agreement in the midst of ranch-wide turmoil; and Nick and Alicia challenge their mother's motives.

In the aftermath of the Clark family's actions, new leadership assumes control of the Ranch. Daniel assists Lola in the distribution of water.

With the Ranch dangerously low on resources, Madison and Walker leave in search of a solution. Nick and Alicia struggle to keep the peace.

Following the rekindling of an old friendship, a mission is launched to replenish the Ranch's water supply by seeking the help of another community.

Nick and Jake set out to handle a delicate situation; the Ranch prepares for a threat greater than any they've faced before.

E13: This Land is Your Land

With the Ranchers trapped and without hope, Alicia is thrust into a position of leadership where she's forced to make life-changing decisions.

Strand's motives are made clear when Nick discovers a new threat descending on the dam.

Madison faces a horrifying revelation and the Clark family is pushed to new extremes.

A lone traveler’s wearying journey is interrupted by new acquaintances, some who become friend, others who become foe.

E02: Another Day in the Diamond

A troubled survivor finds allies in an unexpected place. The life Madison has fought to build comes under threat.

Madison and Morgan try to help Nick find inner peace. A quest for revenge exacts its toll on the group.

The arrival of a wounded visitor in John Dorie's life forces him to change his ways.

Strand wrestles with Madison's decisions. Things take an unexpected turn at the Stadium.

E07: The Wrong Side of Where You Are Now

Madison's decision to help an adversary has unintended consequences. John Dorie's life hangs in the balance.

Madison fights to preserve the life she worked so hard to build. Morgan tries to do the right thing.

Morgan tries to help Alicia and the fractured group of survivors as a storm brews.

Alicia's forced to reckon with an agonizing past while seeking refuge from a storm.

Morgan's journey is derailed by some new acquaintances.

Strand and Dorie are marooned. Luciana aids a man in need. The group's efforts to help a stranger put everyone in danger.

Difficult decisions lead the group into uncertainty; Alicia delivers on a promise to Charlie.

The group's hope falters as they seek a way out; Alicia and Charlie reunite with friends.

Morgan struggles to find the strength to help friends in dire need before it's too late.

Lead by Morgan and Alicia, the group lands in uncharted territory in search of survivors to help. But everything is not as it seems in this foreboding new land.

E02: The Hurt That Will Happen

Morgan and Alicia meet a survivor and learn of a grave new walker threat. Meanwhile, the mission is put to the test when one of their own goes missing. Elsewhere, Strand makes contact.

June and John take shelter to hide from a threat, but a misunderstanding with a desperate survivor leads to trouble. Meanwhile, Alicia and Morgan face a dangerous obstacle.

E05: The End of Everything

Althea chases a story with dogged determination, putting the mission, and her life, in danger.

Facing impossible odds, Luciana and the group work together to tackle an impossible task while Morgan helps prevent disaster. Elsewhere, an old friend presents Sarah, Charlie, and Strand with a solution.

Strand and Charlie seek safety. Dorie helps Dwight on his quest. Morgan stays focused on the greater mission. Elsewhere, Alicia refuses to give up.

Up against the clock, Morgan, Grace, and Alicia work to buy time as Dorie and Dwight race against the elements. Meanwhile, Sarah and Wendell get help from an unexpected source.

The group, traveling in a convoy, doubles-down on their mission to find and help survivors.

A dying man's dream comes true as Grace and Morgan search for supplies in an abandoned shopping mall, where they must fight to survive when their mission goes awry; Dwight is put to the test after he claims he wants to be a better man.

A mysterious artwork catches Alicia's attention as she tries to find where she belongs in the convoy; Strand and Alicia find themselves in a battle between survivors when their scouting mission goes awry; Al hits a roadblock with Morgan.

Charlie discovers a Rabbi living by himself at a synagogue as she searches for a place the convoy can call home; Sarah and Dwight encounter surprise foes.

Logan's true intentions are unveiled; the mission hangs in the balance as Luciana, Sarah and Dwight try to negotiate; Alicia and Strand embark on a rescue mission to save a new survivor at a familiar structure; a dangerous threat makes itself known.

A survivor sends Al and Morgan into a dangerous settlement where Al chases a lead.

Al makes a response after hearing Virginia's statement; when circumstances take a turn for the worse, June decides to look for a new home; Morgan is forced to make a tough decision when Grace's condition fails to improve.

Morgan is accompanied by the group when he embarks on a mission as he faces an unknown future; Al connects the pieces; June makes a promise with John.

E01: The End Is the Beginning

Mortally wounded Morgan must decide whether to help a desperate stranger while a mysterious bounty hunter tries to finish what Ginny couldn't.

E02: Welcome to the Club

Al and Dwight go rogue on a recon mission to follow one more lead.

John secretly investigates a death that is written off as an accident.

Dwight and Sherry want to take down Ginny, but Morgan stands in their way.

E06: Bury Her Next to Jasper's Leg

An explosion puts June and Virginia on a collision course with each other.

E07: Damage from the Inside

Strand sends Alicia and Charlie on a mission to look for Dakota.

With a decimated militia and scarce resources, the survivors are running out of options.

A stand-off occurs between Virginia, her rangers and Morgan's group. Ginny has made a lot of enemies and it's finally catching up to her.

A threat worse than Virginia is on the horizon. Morgan calls for unity and invites all survivors to his settlement, tasking Daniel to keep the peace. However, Daniel will need to face his own challenge in hopes of protecting his friends.

An infiltration turns rescue mission as members of the group dig deeper into an underground community.

Grace wakes up with a case of amnesia seeing what's become of her friends after she has been gone for years. She struggles to put the puzzle pieces together on what has transpired.

June splits off from the group in an effort to gather any information to help stop an oncoming threat.

Alicia is held prisoner by Teddy. There, she reunites with old friends and must confront her past if she hopes to move on and escape.

In a race against time to stop Teddy's plan, motives are revealed and convictions are tested as Morgan and his allies infiltrate and make their way through the beached submarine that holds the tools for Teddy's destruction.

Everyone desperately scrambles to live out the coming destruction on their own terms.

In the aftermath of nuclear destruction, Strand thrives in the new world. 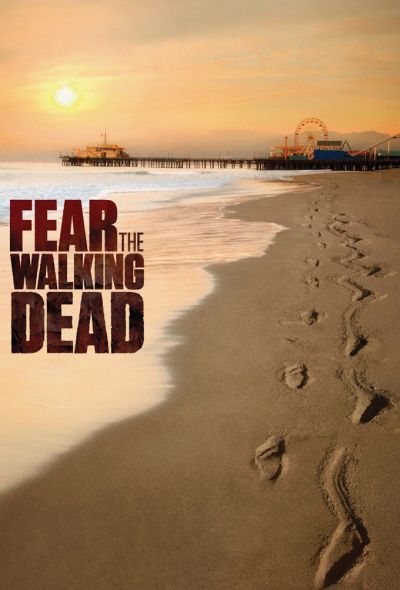