A television anthology series that shows the dark side of life and technology.

A twisted parable for the Twitter age, The National Anthem looks at how life is very much harder for the rich and supposedly powerful now that information is disseminated so quickly and public opinion is so loud, powerful and quick to change. It's a political thriller in which the Prime Minister faces a huge dilemma - and that's all that can be revealed for now...

Set in a sarcastic version of a future reality, 15 Million Merits is a satire on entertainment shows and our insatiable thirst for distraction. In this world, everyone is confined to a life of strange physical drudgery. The only way to escape this life is to enter the 'Hot Shot' talent show and just pray you can impress the judges.

E03: The Entire History of You

Set in an alternative reality where everyone has access to a system which records everything they do, see or hear. You need never forget a face, a holiday or a night out again... but is that always a good thing?

Martha and Ash are a young couple who move to a remote cottage. The day after the move, Ash is killed returning the hire van. At the funeral, Martha's friend Sarah tells her about a new service that lets people stay in touch with the deceased. By using all his past online communications and social media profiles, a new 'Ash' can be created. Martha is disgusted by the concept but then in a confused and lonely state she decides to talk to 'him'…

Victoria wakes up and cannot remember anything about her life. Everyone she encounters refuses to communicate with her and enjoys filming her discomfort on their phones. Victoria meets Jem, who explains that a signal is being transmitted that has turned most of the population into dumb voyeurs. This apathy has allowed the unaffected, the 'hunters', to do what they want and they are out to get people like her and Victoria. Jem and Victoria set out to destroy the transmitter, but can they manage it and will it end their torment?

Meet Waldo… a CGI blue bear from a children's educational TV show who in reality is an anarchic character on a satirical late-night topical comedy show. Behind the scenes, Waldo is voiced and controlled by failed comedian Jamie Salter. When the channel decide they would like to give Waldo his own pilot, the production company enter him into a political race against one of his victims, Conservative Liam Monroe, for a stunt. Jamie isn't comfortable with politics - he just sees himself as a clown - but once the wheels start turning there's no stopping the thing. So what can Jamie do?

Insecure office worker Lacie lives in a happy, smiley, status-obsessed nightmare world. Her old friend Naomi is one of society’s elites, and Lacie may have found a way to join her…

A thrill-seeking globetrotter visits Britain, hooks up with a woman and tests the latest in video game technology – “a device as mind-bendingly sophisticated as it is terrifying.”

When withdrawn 19-year-old Kenny stumbles headlong into an online trap, he is quickly forced into an uneasy alliance with shifty Hector – both of them at the mercy of persons unknown.

California, 1987: San Junipero is a fun-loving beach town synonymous with sun, surf, and sex. And for recent arrivals Yorkie and Kelly, it’s going to be a life-changer…

A military story set in a post-war future. A rookie soldier is posted overseas, protecting frightened villagers from an infestation of vicious feral mutants alongside fellow soldier Raiman. They’re hoping some new technological advantage will save them.

E06: Hated in the Nation

A police detective and her geeky young sidekick investigate a string of grisly murders with a sinister link to social media.

Capt. Robert Daly presides over his crew with wisdom and courage. But a new recruit will soon discover nothing on this spaceship is what it seems.

Worried about her daughter's safety, single mom Marie signs up for a cutting-edge device that monitors the girl's whereabouts -- and much more.

Architect Mia scrambles to keep a dark secret under wraps, while insurance investigator Shazia harvests people's memories of a nearby accident scene.

Paired up by a dating program that puts an expiration date on all relationships, Frank and Amy soon begin to question the system's logic.

At an abandoned warehouse, scavengers searching for supplies encounter a ruthless foe and flee for their lives through a bleak wasteland.

On a dusty stretch of highway, a traveler stumbles across a museum that boasts rare criminal artefacts -- and a disturbing main attraction.

When old college friends Danny and Karl reconnect in a VR version of their favorite video game, the late-night sessions yield an unexpected discovery.

A London rideshare driver ignites an international crisis when he kidnaps a worker from a social media company.

E03: Rachel, Jack and Ashley Too

A lonely teen becomes obsessed with a robot doll based on her pop star idol, Ashley O -- just as the real Ashley's life begins to unravel. 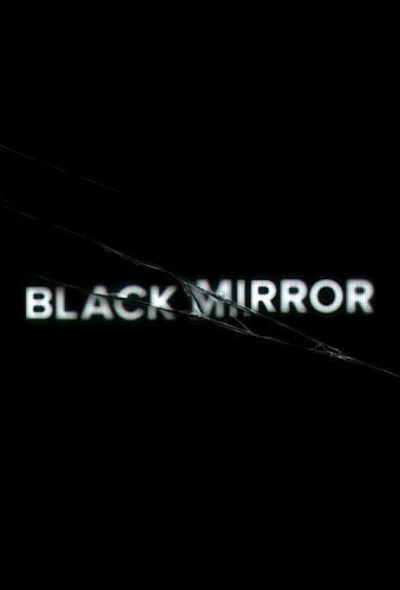